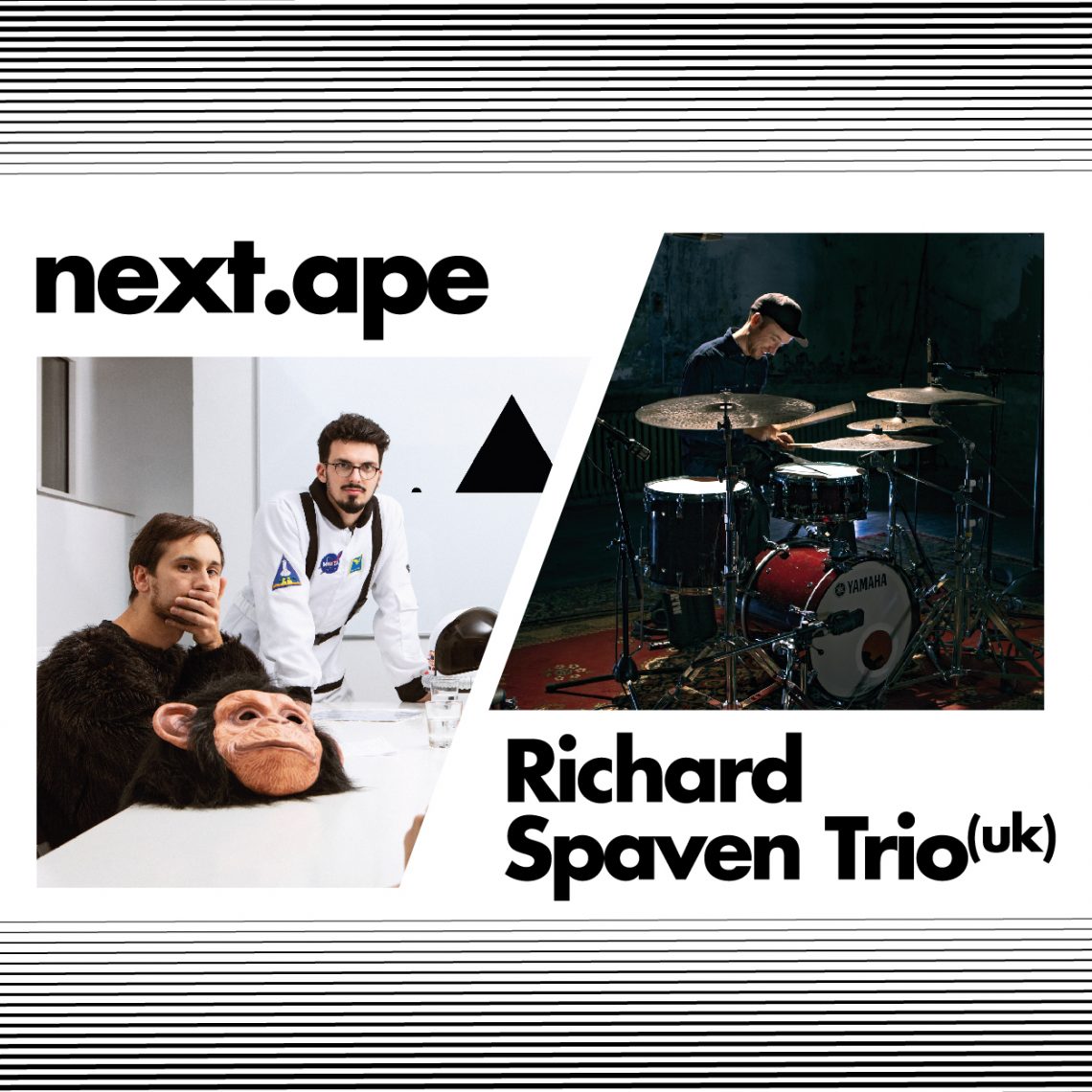 Richard Spaven Trio & Next.Ape will soon share an evening in Nosta, Opwijk. Two drummers as bandleader, it’s something you don’t come across everyday! That’s why we asked both musicians three questions, specifically regarding their prodigious drummer status.

What is the best advice you ever received as a drummer?
? Antoine: Stéphane Galland told me this while he was teaching me some tough polyrhythms: “Forget about the subdivision and hear the music that it produces. It’s all about that anyways!”
? Richard: “Cook with the lid on” – thats all about maintaining intensity at low volumes. Requires discipline and came from playing smaller clubs in the past. Playing quietly does not have to mean taking your foot off the gas.

Do you remember the weirdest and/or funniest compliment or remark?
?Antoine: “You make my heart beat backwards and I love it!”
?Richard: In London people shout “SPAVEN!!!” during gigs… recently at the Jazz Café my whole family came to see it. Somebody in the crowd shouted “SPAAAVENNN!!!” and of course the whole family turned round…

Could you name your favorite album or track as a drummer?
?Antoine: Tony Williams playing the beat on ‘Nefertiti’ is probably one of my favorite tracks ever. Also, Adam Deitch on Scofield’s album ‘Up All Night’ is burning!
?Richard: I’m gonna say ‘Amen Brother’ by The Winstons. Its not my favourite track – but the ‘Amen Break’ which it contains was used on hundreds of tracks. It was used heavily in Hip Hop, Drum and Bass and electronic music which are all big influences for me. Thank you Mr D.C.Coleman (he never got credited) for those few seconds of spontaneous inspiration that live on today.

More info can be found on the agenda page or via the Facebook event: Next.Ape + Richard Spaven Trio [uk] ◆ Nosta